Showing posts from May, 2009
Show all

- May 31, 2009
I vowed to myself I'd stay in last night. I wanted to continue writing and stop squandering cash like I have an endless $$$ supply in my mattress. Mooncat got in touch and asked me whether I could check a Facebook link to this birthday bash in Williamsburg. I supplied her with the info and she asked me whether I wanted to join her there. I said no. This was before I checked the Facebook link and saw who was attending - a couple of hotties. "Meet you at Delancey at 9:15," I texted her. At the same time, I sent a message to Hot Vegan Chef to see whether he'd be up for meeting up at the bar too. I have truly been getting into the NYC fast-food type dating style. It's amazing if, like myself, you're emotionally unavailable. We arrived to the East River Bar and stopped outside for a fag. This cute guy came out and quickly expressed that he was enamoured with Mooncat's hippie dress. She looked awesome last night. Though she felt awkward chatting to this weirdo
Post a Comment
Read more

The meaning of the film passed me by as I watched it yesterday with Mooncat. We concentrated more on the fact that the love of his life (played by Cate Blanchett) was so worried about herself getting older that I got sidetracked. I remember saying to Mooncat "See how we women are worried about shit that does not actually exist..." Not that I am in particular, c'mon I date young kids in my spare time. Mooncat asked me a few weeks ago:- "Dont you feel weird about getting naked with a 19-year-old boy?" And I was like "Why should I?! I am HOT and they tell me I am so, everyone wins." Arrogance is my saviour, I guess. So, my ex colleague at NRK, Morten pointed out his opinion of the Benjamin Button movie: "There is a quote about it in the film actually: 'Our lives are defined by opportunities, even the ones we miss'." Benjamin Button has the opportunity of living life the other way around from most of us. He is born old and goes th
Post a Comment
Read more

The boring case of Benjamin Button and Hot Vegan Chef is back on!

- May 30, 2009
I got up early this morning and went over to Cafe Mocha in East Village. I purposedly sat next to this cute little piece of ass who reminded me of Crispin Bonham-Carter with dark hair and green eyes. I was trying hard to concentrate on my writing but the biceps on show were distracting me... Mooncat turned up a couple of hours later and I had, by then, struck up conversation with this other guy Shannon during which we exchanged information about the Norwegian and American society systems. I introduced them and I left them to it as I continued to write... AFter a few hours, Mooncat and I left that cafe' and went back to hers to watch "The Curious Case of Benjamin Button." I was curious myself but after 30 minutes, I turned around to Mooncat and told her that I'd watch the whole film cos I was curious but I didnt not like it so far. As it happened, I didnt enjoy it by the end of it either. I felt it was gratuitously sad and even the only interesting side of the film (
Post a Comment
Read more

A special screening of Drag Me To Hell and a not so special text exchange with Hot Vegan Chef!

I saw the trailer for new Sam Raimi film, "Drag Me To Hell" back in April and was inspired by its fast visual editing and graphic imagery. When I finally watched it earlier tonight at the East Village cinema where they held a special screening, I am not sure it was as good as I had hoped. I joined a Meet Up group for this (Van Hagar is a member of that too and advised me to do it cos they usually have some good arrangements) and I met up with them in East Village a couple of hours before the start of the film. Got tickets and queued up with some of Van Hagar's friends. Thing is, I was supposed to go to the Chicken Foot show but it was sold out and there was no possibility of guest list so short of me breaking through a back window, I couldnt have made it tonight. Shame cos I would have loved to have seen Chad Smith but shit happens. And for as much as Drag Me To Hell was a little predictable, it was fun to discover that there are no films out there that can make this Bia
Post a Comment
Read more

Enslaved and Opeth lead the Viking invasion in New York - glass of red wine anyone? 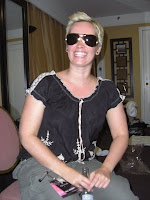 Mention "Viking" and "invasion" in the same headline and you're bound to come across a little cheesy but I couldnt help myself. Any excuse to drink an extra glass of red wine is a good one in my books. Norwegian extreme prog monsters Enslaved got on stage to a crowd that had been queuing since that early afternoon. Devoid of their usual background visuals, the Bergen-based band captivated the audience with a set that span from new album 'Vertebrae' and 'ISA' to 'Below the Lights'. I have often wondered whether I could ever witness a piss poor Enslaved gig in my lifetime but so far I have been unable to. I'd love to attend one, a bit like I'd love to ride a unicorn, just to prove that they exist after all. No chance. And this is in spite of Ivar Bjørnsson / Peersen having developed an ear infection on this tour. Van Hagar and I got picked up by the lovely Enslaved manager, Tonje who escorted us backstage to say hi to the boys tow
Post a Comment
Read more

Chatting up Hasidic Jews and off to a midnight screening of The Warriors!

Mooncat and I have been hanging out for the last couple of days, united in the destiny of the ones with a dry bank account. We stayed at hers in East Village on Saturday night and watched "Something's Gotta Give" on TV whilst eating crisps, veggies and hummus. It turned out to be a fun film featuring a dirty old cunt who preyed on young girls played by Jack Nicholson (obviously not stretching his acting skills there much). His character developed considerably during the film as from dating only young girls, he met the woman of his dreams who happened to be the mother of one of his ex conquests (played by a super charming Diane Keaton). This all took place whilst the 50-year-old lady was being courted by a forward 36 year old doc played by a very luscious Keanu Reeves... A romantic comedy that does not make you want to stick a toilet brush down your esophagus and recycle last night's dinner. Mooncat asked whether I wanted to stay over but I had to feed my cat o
Post a Comment
Read more

- May 23, 2009
Friday was a totally different day. I woke up early, packed my laptop and made arrangements to meet up with Mooncat in East Village for a catch up. First I went to have a pedicure, got my nails done and had a massage. That turned into a six hour tour de force, after which I was so exhausted I'd started to allucinate. Mainly cos I'd not eaten anything all day. Plus, the lady that did my nails was 100 years old and moved accordingly. And it was very hot outside...bless New York. I left the nail salon and before I got on the subway, I received a call from the Enslaved manager, Tonje. She asked me whether I was in Knoxville. "No, I am in New York..." so we talked for about 10min and the fact that I was tired combined with the noisy street meant that I had misunderstood that Enslaved were in New York on Friday night. They were actually in Knoxville. They'd be in NYC on Tuesday and Tonje had rung me to say that she'll sort me out for the show in New York. I felt li
Post a Comment
Read more

- May 23, 2009
I think I have Swine Flu. That's how I justify sneezing and snorking at the same time these days. I went out to see Mayhem at the Fillmore in New York on Thursday and it was the usual display of darkness. Both on and off stage. I'd say 9/10 though I cannot remember any songs they played aside "My Death". But first, let's be honest about the fact the Atlanta-based band Withered put on a cool performance. Their sludgy, proggie though at times hypnotic riffs acted as the captivating start of a hellish night. I missed Lair of the Minotaur cos I was in the middle of sorting out passes with the headliners' lovely tour manager, Cartel. The dude's American but he looks like he could get on stage with Amon Amarth and the audience would be none the wiser. Cephalic Carnage got on after Withered and they did their thing. I am a fan of their studio stuff but on stage I seem to remember a horse head worn by the bassist or something and somehow it just didnt match the
Post a Comment
Read more

Aside from music, this kind of stuff rocks my world!

- May 20, 2009
A dog and an ape seem to have become best friends. Too funny, watch this video!!
Post a Comment
Read more 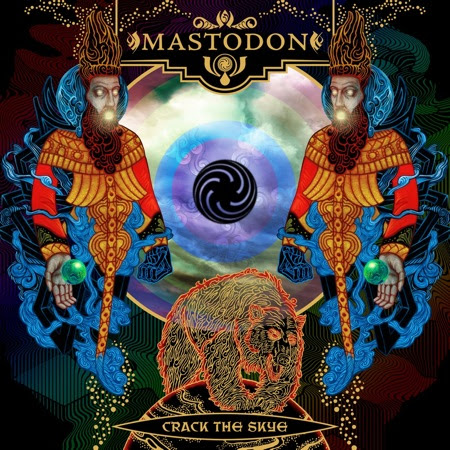 Writing about a band that one knows rather well, musically speaking, is always daunting because you wonder whether you can be critical enough whilst being fair to them. The last thing I enjoy doing is pen-nibbling which is the equivalent to cock-sucking for journalists (minus the fun). Writing about Mastodon means that I have to be doubly alert since I tend to hang out a bit too much with those goofballs after shows. A lot of times is unintentional and unplanned but nonetheless fun. Not because I get to shag any of them but because I am a sucker for witty peeps in general. Comedy rocks my world and Lindemann should sponsor it since my last sentence was cheesy as fuck. So, I got my pen and knife ready to dissect Mastodon's live show on Sunday and disappointingly, it was awesome. Imagine a journey into a territory that has no physical place and is limitless in time. Then add four dudes from Atlanta with an extra member on keyboards and set them inside the Williamsburg Hall in Broo
Post a Comment
Read more

New York is a non-stop fairground of fun and frolics if you're a music fan. After the amazing Mastodon last weekend, Van Hagar and I fancied a bit of a change from the metal scene and arranged to meet in Times Square to go see Hair, the musical on Broadway. We didnt manage to find cheap ass tickets so we went to a diner to stuff our faces and ended up blowing $50 on soup and dessert. Fuck's sake. Unsure as to whether we could spend $25 to see Misery Index, Brutal Truth and Rotten Sound, amongst others at Club Europa, we lamented all the way to the subway stop in Times Square but we got on the train to Brooklyn anyway...and ended up paying to get in. So much for doing "other shit" as well... It was, however, worth it. Never seen Finnish Rotten Sound before and their blend of groovy grindcore / hardcore was a breath of fresh air. Brutal Truth was as awesome as it was predictable at times though it did manage to raise the bar on the night. Misery Index went on far too l
5 comments
Read more