Showing posts from June, 2010
Show all

Gods of Metal, Torino - day three is all about ANVIL

- June 29, 2010
Sunday was the final day of Gods of Metal and though I felt slightly worse for wear, I got excited about ANVIL and THE DEVIN TOWNSEND PROJECT. Ok, so SOULFLY, MOTORHEAD, SAXON and UDO also performed... Thanks to the mighty Braz from Live Nation, I got an AAA pass for the whole three days so I knew that unless something went insanely wrong, I might bump into ANVIL and Devin Townsend at some point that day. Those were my priorities for the day. Why? Mainly cos after watching The Story of ANVIL, like the rest of the planet, I was moved by their story. Plus, on Tinitus (www.nrk.no/tinitus), we'd played the fuck out of anything that Devin Townsend put out from 2005 till 2009. Miss F, Pam and I got on site around midday and we'd missed Swedish battle metal Sabbaton. I'd seen them before as I'd booked them on the Scandinavian metal show for SXSW in 2008 but luckily, I managed to bump into one of them on my way to the posh toilets as I arrived at the festival. You can meet
Post a Comment
Read more

Gods of Metal, Torino - day two with Behemoth and Lordi! 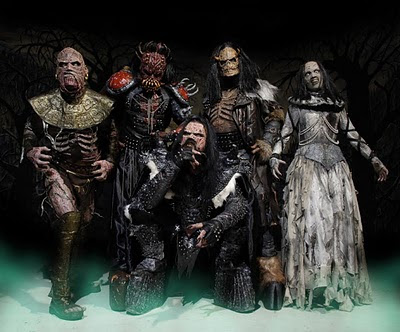 Would I love a Monsterman? I wondered quietly as I sat down to watch Finnish hard rock sensation LORDI headline the second day of Italy's biggest metal fest, Gods of Metal. I spent most of the last five years avoiding them like the Plague but I guess that my Day of Reckoning had finally come. Ouch. Never been a fan of simple chord daftness. Music, to me, has to feel like the Atlas is uncomfortably pressing against my shoulders as lyrics pummel the band's visionary concepts into this fragile skull, forcing it to reflect. That is while I am locked into a jail of complex riffs and arrangements and shot out into a black hole where my physical body is pulled apart by the sheer gravitational force of the experience. The bottom line is that I am more of a TOOL nerd than a MÖTLEY slut, I guess. So, as headliners LORDI spat out their catchy KISS-inspired hits dressed as a Fifth Avenue GWAR, I oscillated between boredom and bewilderment. The show was entertaining as I flicked through
Post a Comment
Read more

Gods of Metal, Torino - day one with Killswitch Engage! 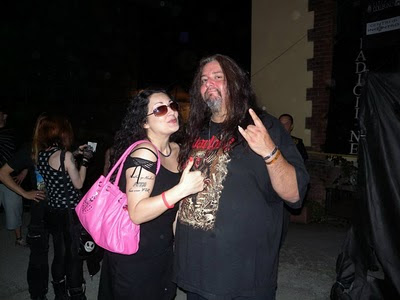 Unlike the UK or the US, Italy is a rather conservative country when it comes to metal. Anything that came out after 1985 is useless. So the first day of Gods of Metal, with bands like As I Lay Dying, Atreyu, Unearth, Fear Factory, Devil Driver and headliners Killswitch Engage, amongst others, did not exactly start with a bang. Yet, it was the day that I was looking forward to the most. But did things go according to plan? Not really. Due to a general strike involving the whole of the Italian peninsula's public transport, I joined one half of the Rock Hard Italy board of directors and we set off to Torino in a van. First we dropped off some stuff at their printing place in Brescia but the traffic and heat were so horrendous that we only managed to get to our final destination in Torino around 7pm. I missed pretty much every band I wanted to see, bar the Killswith Engage fronted by the man with the velvet voice, Mr Howard Jones. I also caught the tail end of Fear Factory (what hap
Post a Comment
Read more
More posts