Showing posts from November, 2016
Show all

- November 27, 2016
As the Democratic Party is running its nominee's presidential campaign's autopsy, it has found one single common thread for its recent demise: a disproportionate amount of focus on pushing Clinton up the hill allowed the party to lose its connection with its own people - those same people that Clinton was supposed to be working for, once installed in the White House. Over the last few weeks, however, we have all learned that Clinton may have lost the Electoral College vote, while winning the popular vote. By a rather large landslide: the count, so far, amounts to just under two million people. When Jill Stein from The Green Party kicked off a fund-raiser to cover a recount in three key states - Pennsylvania, Michigan and Wyoming - the majority of people reacted by not knowing what their reactions should actually be. She raised in excess of $5 millions within the first two days and her petition to recount votes was immediately accepted in Wyoming. During that time, however,
Post a Comment
Read more

Hillary Clinton ran a superficial campaign and her supporters are posers

- November 27, 2016
Hillary Clinton kept telling us that she was qualified to become President. She kept telling us that Donald Trump was unqualified for the same job. What she forgot to pummel us all on was what exactly she stood for. She had a ton of high profile endorsements - from celebrities to top democrats and the current President and Vice-President, she should have had it in the bag, right? But as we know now, the American people did not trust her word and did not really get what she stood for. At best, her speeches and responses to questions tasted like weak tea and no biscuits. Hillary Clinton also covered for the Democratic Party tilting the scales for her campaign during the primaries. When she accepted the nomination, democrats were split - 47% of them were upset over the fact that Bernie Sanders had not been given a fair chance; that there had been irregularities in the voting booths; that the media had sided with Clinton painting Sanders like Trump and his supporters like Trump
Post a Comment
Read more

And now I see this?! This is most probably total bullshit, but if this diagnosis is real, I like him even more. Could this be the main reason why Melania Trump wants to stay behind with him in New York City until he finishes school? Bless him. Let's hope he will grow up becoming a little more normal and compassionate than his father who ran the most disgusting political campaign in the history of political campaigns (10 times worse than any Lee Atwater campaign) or his other two brothers who posed with dead wild animals they themselves shot at. Scum bags. Mrs PP
Post a Comment
Read more

North Korea and the game of delusions - The Propaganda Game 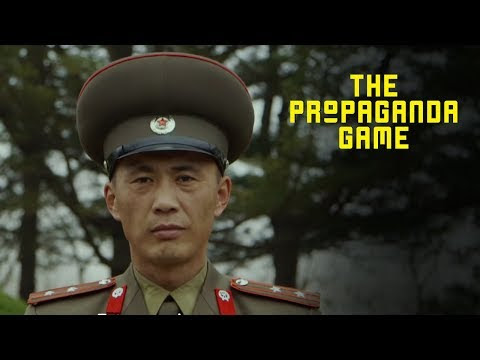 This is an intriguing documentary on the veracity of the stories behind North Korea as a Communist totalitarian dictatorship. Or that is what we think of it, right?  The Propaganda Gamer, however, teases the viewer with interviews featuring academics, economists and various high profile functionaries whom confirm that OUR vision of North Korea is the correct one. The best part of it, however, is provided by this high profile Spanish-speaking functionary who works f or the North Korean government, refers to the North Korean people as 'my comrades', describes Vietnam as a capitalist society and argues against each of the points made by 'the other side' as he delivers some compelling vision of the opposite: "Kim Jong-Un is the father and the protector who cares about people's education, jobs and healthcare, unlike the USA whose capitalism has worked against all this and its people." Very clever spin, but don't get manipulated by it 'cos this com
Post a Comment
Read more 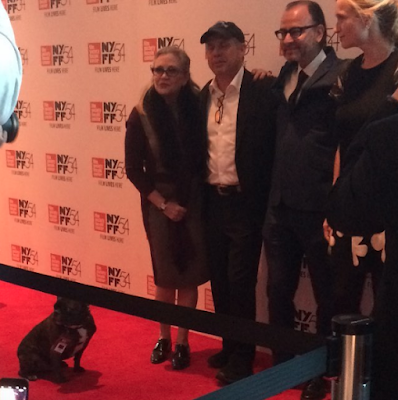 While I released a bit of an introduction to this story on October 16th, the events of the last few weeks (Donald Trump's election and assorted political bullshit) just threw a veil of emotional slumber onto my intentions to release a Part II. This is the RIGHT day to put this out, however. Thanksgiving. A festivity that I do not really celebrate in the traditional sense of the word, but as the wet fart that I am at times, there are certain experiences and people that I am thankful for. Without a doubt, this is one of them. Gary with his mum and his uncle on the red carpet at the NYFF54 (pic by P. Pelgrift) Last month...I was put in charge of chaperoning Carrie Fisher around the Alice Tully Hall during the New York Film Festival as 'Bright Lights' premiered in October. My then supervisor, Jason Gutierrez, had absolutely no idea about my life connection with Star Wars and casually assigned me the task. Meh, ok. If I have to... Yet, I had no idea what to expect. I'd
Post a Comment
Read more

Thanksgiving and the North Dakota embarrassment 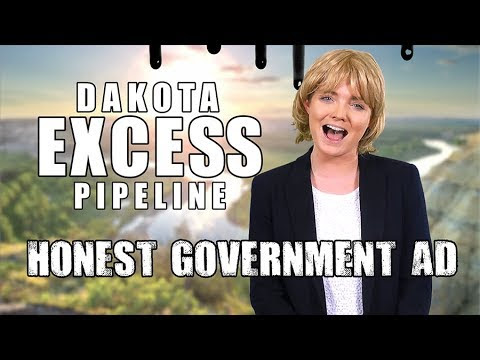 I need to write a whole blog to the Standing Rock situation in North Dakota, but I am in the middle of a ton of projects so, here's an honest government advert about it:  If you feel disgusted by your own inability to gauge the food amount your stomach could intake today while those peaceful protesters at Standing Rock are getting hosed down with icy water, maced and shot at by the local law enforcement - here are a few things you can do to get involved: 1. If you have money in any of these 17 banks, divest now: close your account today and tell them why you are doing it:  http://www.commondreams.org/…/how-contact-17-banks-funding-… 2. Call the White House at (202) 456-1111 or (202) 456-1414. Tell President Obama to rescind the Army Corps of Engineers’ Permit for the Dakota Access Pipeline. 3. Sign the petition to the White House to Stop DAPL:  https://petitions.whitehouse.gov/…/stop-construction-dakota… . 4. Call North Dakota Governor Jack Dalrymple at 701-328-2200 5. Cont
Post a Comment
Read more

- November 24, 2016
It's been nearly three weeks since Donald Trump won the general elections and I have been unable to create anything new. I had been in edit for five weeks before then to start cutting the Sanders' grassroots campaign's documentary, but my creative juices dried out. Since then, he's mentioned that he is not going to prosecute Hillary Clinton, he is open to build a fence across the southern US border (rather than a huge-ass wall), he is going to do 'something' about the Muslim immigrants though not setting up a registry, he is not going to attack women's rights or gay rights (though the Republican Congress will take care of that and you can only hope that he'll veto their insanity)...so, I am confused. Who is THIS Donald Trump? Is he lying to us now in order to calm us all and then hit us from January 21st with more nonsense or have the Republicans been conned? Food for thought. Happy Thanksgiving to those who celebrate the Pilgrims. I have no connecti
Post a Comment
Read more

Why do I feel relieved now that Trump is elected President?

- November 09, 2016
When I saw Chris Matthews' face drop last night only a few minutes before James Carville quickly became intelligible as he was stuttering so much, I knew that things were going downhill fast for Hillary Clinton. I was watching MSNBC to keep up-to-date with last night's election and I was strongly expecting Hillary Clinton to win. I had resigned myself to focus on the positivity of what that would mean for the Bernie Sanders' platform - it would be easier to promote it under a Clinton administration than a Trump's one. Even though, back in July I was livid as I read the DNC emails released by Wikileaks where it was clear that the DNC and the Clinton camp had conspired with the media to deflate and undermine Bernie Sanders' campaign. I was one of those #StillSanders people that should not be confused with #BernieOrBust supporters. The difference is that #StillSanders people would trust the Senator's judgment and support him in his choice of endorsement. Like in
Post a Comment
Read more

Is an uninformed voter a smart voter?

- November 09, 2016
Election Day in the US today. I got up early as I chose to accompany my husband to the polling place. I am jealous every time he gets to vote 'cos I can't yet. If Freud were still alive, he'd diagnose me with Citizenship's Envy. It felt way more raw during the NY primary because then, I'd have had the chance to vote for Bernie Sanders. But I digress. While I continue to work on my documentary project, I also notice a few posts on social media. There are some that discuss how much of a buzz there is across the country today because everyone is excited to vote (or got out in droves because they're scared shitless that Trump will be elected). But I have also noticed a great number of posts about 'Susan B. Anthony' (1820 - 1906), the American social reformer who played a pivotal role in the women's suffrage movement. V arious media outlets like ABC and NBC are even filming people as they queue up to see her 'burial' place. There are even frien
Post a Comment
Read more
More posts