Showing posts from October, 2017
Show all

Bernie Sanders - boldly going where no man has gone before... 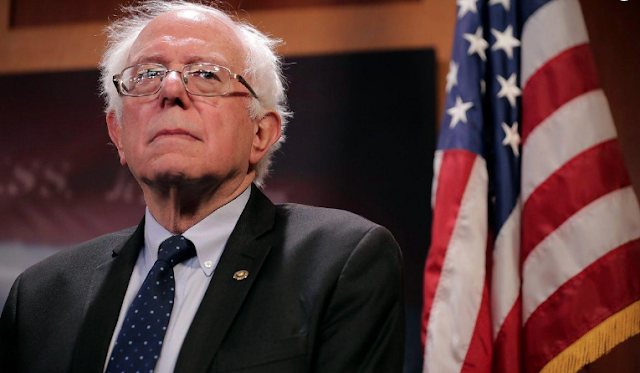 ...on a date to support NYC Mayor, Bill DeBlasio. The venue: Terminal 5 in Manhattan. Details HERE . Look, I am puzzled by this combination. I feel that DeBlasio is potentially a progressive, but gravely endorsed the wrong candidate last year. I hope this is a sign that Bernie Sanders is assisting all these Democrats get re-elected and work hard in order for them all to return the favour and work hard for him in 2020. I am hoping he'll run for President again. I'd love my 50th birthday to be a better celebration than my 46th. I got Donald Trump for my birthday - are you fucking kidding me?! LOL. So, yeah. Let's do this. Mrs PP
Post a Comment
Read more

Women, like men, ought to refrain from sexually harassing anyone

- October 26, 2017
Some of you may feel that the title could do with being less obvious. But THIS ARTICLE , written by a Norwegian performing artist, made me reflect on how the two genders interact with each other. And while I understand the angle, I would not condone women to play the 'tit for tat' game.  Being in a band may have exposed this artist to overt sexual advances from women and he states that throughout 'history', men have not had to experience oppression at the hand of women which is why, the writer explains that for me, 'groping is just groping'. It has no connection with power as such. Not by the gender that's not known as being the oppressor anyway. Now, while I understand his optic and I welcome different angles to be used to dissect topics and reflect on them, I feel that neither gender ought to engage in such displays of intimacy. Whether it's flashing their boobs at a concert (or anywhere else in public), grabbing a man's crotch or slapping a
Post a Comment
Read more

- October 26, 2017
Just watched Ali Velshi and Stephanie Ruhle on MSNBC cover the Mark Halperin 'CNN story' about him sexually harassing his female colleagues at ABC where he left in 2007. Very cleverly put, but that harassment did not stop when he left ABC. I actually witnessed him thrust himself against one of his MSNBC colleagues at a political rally in New York City in April last year - 2016. Halperin has now been suspended by NBC News. Good. What he should do is be truthful about the fact that he never stopped acting like a creep towards the younger reporters in his surroundings. I have contacted the reporter in question directly providing some details to her about what I witnessed. Unless she is comfortable coming forward with it, however, I will not mention her name publicly. These creepy assholes need to stop their unwanted advances and act professionally not only on screen, but also off screen. Mrs PP
Post a Comment
Read more 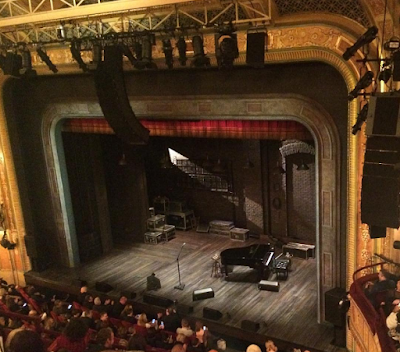 I am not what you'd describe as a typical Bruce Springsteen fan. I am familiar with his history and his music because of my past in music journerdism. But that's it. I was always too snobby and sensitive to care about this bread and butter, burger and fries type rock 'n' roll on offer. I recognized his talent and I loved a couple of his songs while I was a teenager, but I was never one of those fan(atic)s who bought everything and went to every show. I have not even seen one of his rock shows before. Yet, tonight was different. Not only was it an insightful journey into his life, but it also witty and gritty, and it felt downright authentic. Like stomach butterflies. Before the show... Seeing 'Bruce Springsteen On Broadway' tonight changed the way I will think of 'The Boss' forever. For one, he took the piss out of the public's perception of him straight away. This working class hero has never done an honest day's work in his life! Narratin
Post a Comment
Read more 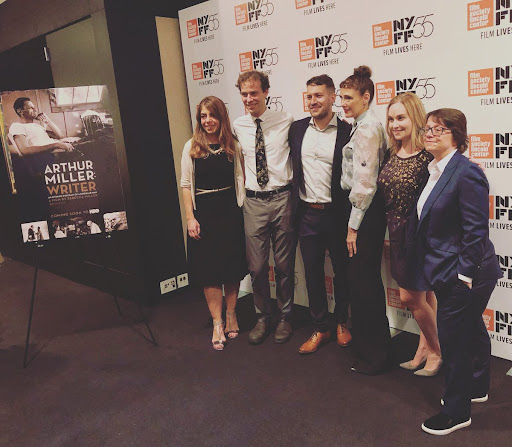 In my quest to network with the film industry movers and shakers in order to gain contact details and therefore have a list of people I can send my Bernie documentary to once it's finished, I was assigned to the producers of the 'Arthur Miller: Movie' documentary a couple of days ago. Cindy Tolan and Damon Cardasis are the two producers who helped pull the strings to turn this documentary into a reality. Playwright Arthur Miller's daughter, Rebecca Miller did not have a clear idea of what she would end up doing with the interviews she conducted with her father over the period of 25 years, but personally speaking, I was pleasantly surprised and totally charmed by this documentary. From the left: Damon Cardasis (third), Rebecca Miller (fourth) and Cindy Tolan (first from the right) at NYFF55 on Tuesday night. Being around vacuous and self-obsessed celebrities isn't one of my ambitions. And that's why, being assigned to producers or people that are inspirat
Post a Comment
Read more 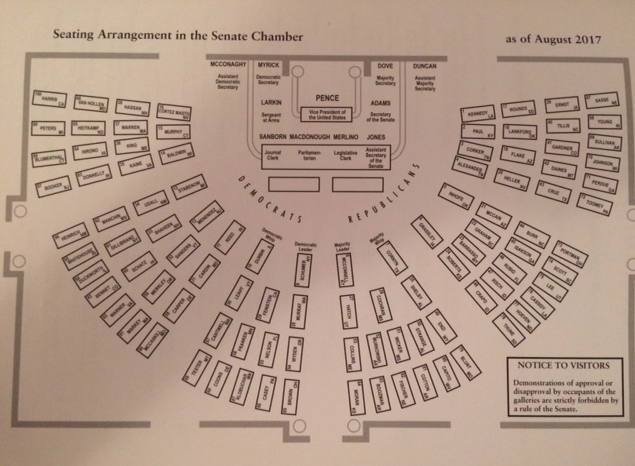 I cannot believe I actually sat in the Senate gallery for nearly three hours on Wednesday afternoon. Here are the current seating arrangements at the Senate. The Senators were voting on confirming some Trump asshole appointee to the Federal Reserve and something else (LOL) at 3:15pm, and my husband, and I got seated at around 1:30pm. We had a choice...stay for two hours to see the vote(s) and sit through the presentation of several Senators (ahead of the votes) or go out and queue up all over again (an interminable process at times) an hour later. We chose to stay and witnessed four Republican and two Democratic Senators talk in favour of / against the Trump appointee... Senator Sherrod Brown (D-OH) appeared to be talking to us as he made his points (video here at around 03:57:00): https://floor.senate.gov/MediaPlayer.php?view_id=2&clip_id=2599 At the end of his presentation that resembled a Warren/Sanders type rant against the 1%, he looked up at us as if he wonde
Post a Comment
Read more

My first visit to the House of Representatives in Washington DC...

While my second trip to the US capital was all about hoping to bump into my favourite US Senator, Bernie Sanders (which became a reality as he walked out to the side entrance of the Senate and talked to the press - I was standing by the press pool that day), this time around, I was interested in checking out the House of Representatives. One of the many faces of Trey Gowdy...the hipster look. Trey Gowdy - the 'Benghazi' look Trey Gowdy - the 'is it plastic surgery or is it not' look (how is this man in his 50s?!) Check out the live video featuring Senator Bernie Sanders on Facebook here: https://www.facebook.com/patrizia.pelgrift3/videos/vb.637842834/10155672269307835/?type=3&theater Larger and prettier as a chamber in comparison to the Senate, the House of Representatives also happened to be active as they were 'in session' (voting on a bill). As we sat down and looked around, I suddenly remembered that my guilty pleasure, SC's Trey
Post a Comment
Read more

Exchanging opinions with Senator Cassidy about his health care bill

While we had nothing to worry about on the health care front, my husband and I set off to Washington DC on Tuesday morning with several missions on our minds - they all funneled into one: visit the various Congress chambers' offices and communicate our opinions to our elected officials. What happened to us, however, was slightly more exciting than we expected. While watching the healthcare debate between Bernie Sanders / Amy Klobuchar vs Lindsay Graham and Bill Cassidy, I stated out loud that I wished I could get face to face with Bill Cassidy to give him a piece of my mind about his and Graham's awful healthcare bill. Sure enough, my husband pointed at Cassidy coming down from the Senate's stairs as we left the gallery. "Didn't you say you wanted to talk to him?" He goaded me. I nodded and walked over to the Senator like it were a long lost friend I'd not seen in a while. I smiled as I introduced myself and I went straight for the 'kill'. "
Post a Comment
Read more

The terms of my surrender on Broadway last night... 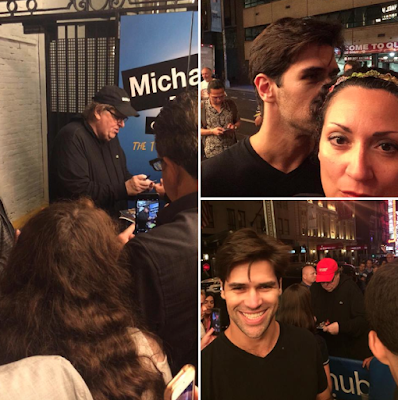 A moving, yet fun show. Michael Moore's various stories from his past teach us that everything we do matters. No matter how little we may think it is - our butt will look great in whatever we choose to wear (!) as long as we wear it for the correct reasons! #BeOriginal  An exchange with Michael Moore after his show - short but sweet - he asked questions, too! I enjoyed the rapturous, solid claps every time he mentioned Bernie Sanders (and I am not just talking about my own hands). The most popular Senator in the US Congress - Bernie Sanders (I - VT) Moore told stories of persecution and attacks by members of the public who did not agree with his opinions.  He also offered some wisdom nuggets akin to (paraphrasing): 'If you cannot point at a country on the map, you don't get to support the US going to war with that country. That'll get us out of several wars in the future!' or 'Democrats need to run inspirational candidates' and 'Whoever
Post a Comment
Read more
More posts