Showing posts from January, 2019
Show all

- January 02, 2019
I would like to continue on the path that started in mid October 2018...more interesting work (background on tv shows and movies), more shifts at the new job on Broadway, exciting opportunities when College starts in three weeks and more of the same wonderful family life with my wonderful husband and our lovely dog and annoying cat.  Injecting more fun and receiving more money on a regular basis through our sheer intelligent work would also be welcome and meeting lovely, benevolent people would also be something which I am open to this year.  May you be willing and able to put good intentions forward and reap the fruits of your desires and laboUr.  May we all have a happy and fulfilling 2019! Mrs PP
Post a Comment
Read more

Louis CK is doing what he is good at - being a funny wanker! 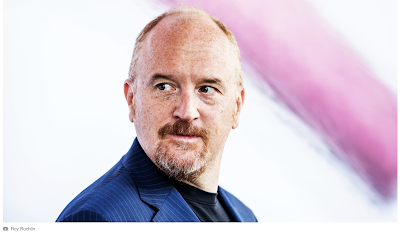 The comedian's latest set was recorded and leaked online. The fascist Wet Fart Brigade of the Left leaped onto his comedic cadaver like a bunch of vultures. Only, he is not dead, but alive and well, and just as funny as fuck. Without compromise. Without bullshit. And without a moral compass. Because, ladies and gents, that's the way comedy is supposed to be - free from moral borders.  Louis CK - still a funny wanker I am not even going to bother listing the publications that felt entitled to take him even further down than his own actions brought him too. So many of them. Just use your fingers to google them all.  However, one of them made me laugh the most... here it is, SLATE . BIGGEST WET FARTS IN THE GALAXY.  There are several zingers, but here's my favoUrite by far: [Young people] are just boring. Fucking telling, “You shouldn’t say that.” What are you, an old lady? What are you fucking doing? “Nyeah, that’s not appropriate.” Fuck you! You’re a ch
Post a Comment
Read more
More posts