Showing posts with the label Andrew Cuomo
Show all 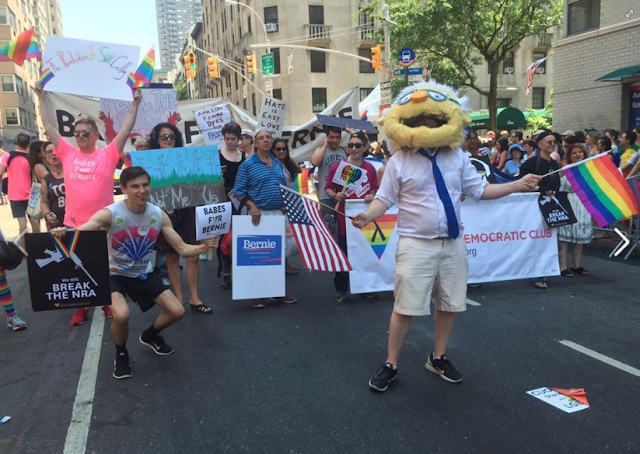 Muppet Bernie & the Bern Unit - #Pride2016 I heard a couple of people wonder whether Senator Bernie Sanders attended New York City's Pride 2016 parade on Sunday. Hillary Clinton, after all, was there, trudging up those four treacherous blocks near Christopher Street. Surrounded by the Secret Service as well as New York City Mayor, Bill de Blasio and New York State Governor, Andrew Cuomo, Aunt Hillary rushed from one Secret Service car to the next covering four blocks while quickly waving to the distant crowd. Dance, Muppet Bernie, dance!  It'd been two weeks since the Orlando shooting of over 100 members of the LGBT community by the 'American (Muslim) Beauty' married-yet-in-denial gay nut job, Omar Mateen. The cynical amongst us would describe this as the perfect event for the Democratic 'presumptive' nominee to descend upon her state and show support for the community she had only recently embraced as an addition to her electorate. In time for her
Post a Comment
Read more
More posts