Showing posts with the label US elections
Show all 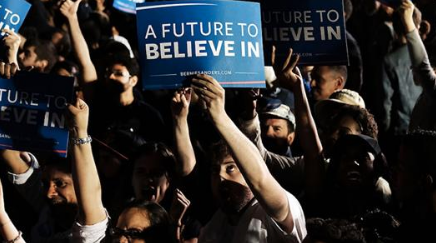 ... #FuckTrump has never been so real. He is on his way down, once and for all. Watch this space. The Man Who Should Have Been President inspired it all From The Intercept : "A civil rights attorney who delights in suing the police is the new district attorney in Philadelphia. A democratic socialist shocked an incumbent Republican in Virginia. A black woman who prosecuted a white cop for shooting a black teen was re-elected as prosecutor. Three months after Charlottesville, a black lieutenant governor was elected in Virginia. A trans woman who focused on traffic problems knocked out a longtime culture warrior who focused on bathrooms. A criminal justice reformer flipped the Washington state Senate to Democrats. A wet bag of mulch beat a race-baiting lobbyist in Virginia by a stunning nine points. Maine voters expanded Medicaid. Long-held Republican seats in Georgia flipped in a special election. New Jersey, finished with Chris Christie, elected a Democrat in a landslide.&q
Post a Comment
Read more
More posts